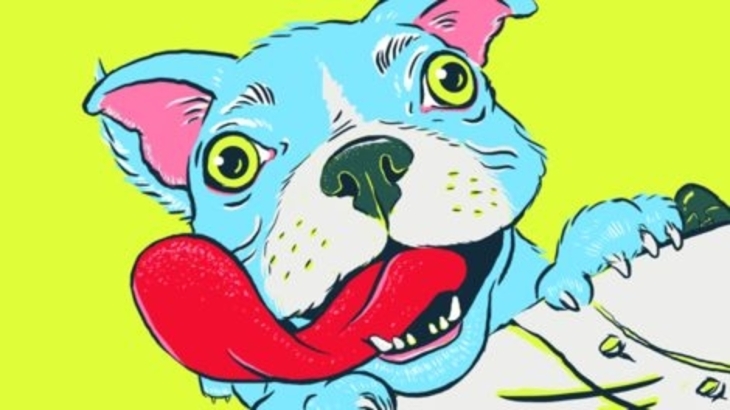 According to canine intelligence experts, the average dog can understand about 165 words, possibly more with training. My schnauzer, Buster, definitely has at least this many words in his vocabulary although, like my husband and my children, he feigns deafness anytime the terms that hit his ears don’t match with his immediate desires.  For example, I can holler ‘STOP’ or ‘NO’ until my lungs explode and he will continue to bark, jump, run, pester the cat, etc.  But if I holler one of his five favourite nouns, I immediately have his full attention.  That said, I do not believe that Buster’s definitions necessarily match those from the Webster dictionary:

1. HAM  represents anything that comes out of the refrigerator.  ‘Ham’ cannot be consumed unless the ‘consumee’ is not chasing anyone (or the cat) and is instead, sitting on their butt in the dead centre of the kitchen floor

2. KEYS are strange items the people must have in order to leave the house.  The person looking for the ‘keys’ must be followed closely.  If the ‘key’ hunter enters the bathroom… wait nervously outside the door until he/she re-emerges.  If the ‘key’ hunter sits down, stand directly in front of them and stare expectantly.  The jingling sound indicates that the ‘keys’ have been found.  Possessor of the ‘keys’ may take you to the sacred ‘park’!

3. PARK means that we are leaving the house immediately and going to a magical, leash-free world.  The correct response to ‘park’ is extreme shaking of the entire body followed by intermittent barking.  This response must be continued until the front door is opened.  As mentioned, no amount of ‘stop’ or ‘no’ will cause a cessation of the required response.  Once ‘park’ is out there… there can be no going back!

4. BED means that the female person (a.k.a. ‘mom’, a.k.a. ‘food dispenser’) is going upstairs.  The goal is to get to the ‘bed’ while female person is still brushing her teeth, in order to establish dominant position on mattress, preferably under the covers with head on male person’s pillow.

5.OOPS means that something (almost certainly smelly and possibly edible) has fallen on the floor.  ‘Oops’ necessitates immediate action.  Race toward the sound… mouth open… tongue out.  Begin licking immediately.  Disregard ‘stop’ or ‘no’.

If you want to see a schnauzer lose his mind, just toss out a sequence of his favourite nouns: KEYS – HAM – PARK leaves him running in a perpetual triangle between the speaker, the refrigerator, and the front door, while BED – OOPS guarantees exercise because we have a two story house, with all of the bedrooms upstairs and almost every tasty ‘OOPS’ happening on the main floor.

I can relate… you should see how excited I get when I hear WEEKEND and WINE in the same sentence!

Kim Scaravelli is an entrepreneur, marketer, content consultant, and author of “Making Words Work”. The best way to keep in touch is to subscribe to Kim’s popular newsletter. Every second Wednesday, she shares practical writing tips, timely insights, and resources to make your work easier and your content better. To learn more about Kim, visit her website. View all posts by Kim Scaravelli