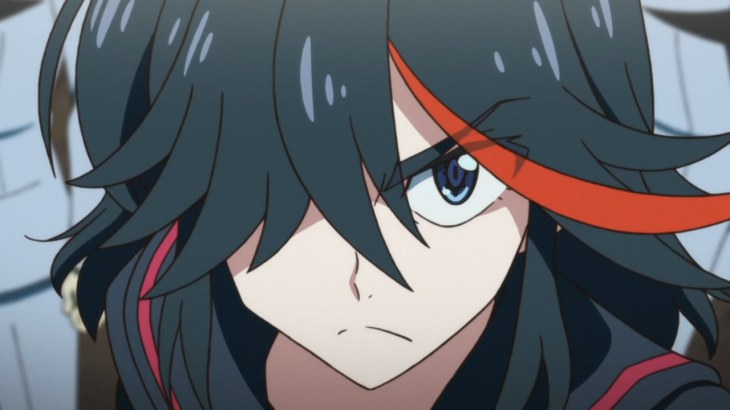 I have spent the last 40 years trying to figure out what to do with my bangs (I don’t count the first 10 years because I was bald for one of those and had a couldn’t-care-less attitude about hair styles for the next nine).  Over the past four decades, I have tried everything: blunt cut, razored, shaped, side-swept, above-brow, below-brow, and at-brow.  I have straightened them, curled them, and even, for an unfortunate period in the 1980s, worn them as “wings”.  (Yes Virginia, “wings” were a real thing… a sad compromise for those of us who didn’t have the time or skill required to achieve the “Farrah cut” but who still yearned to look like one of Charlie’s Angels).

Well… it is now 2014 and here I am, still debating what to do with those few inches of hair lurking around on my forehead.  This September, while attempting to straighten my bangs in a hotel room in Rome, I discovered that international differences in electrical wiring cannot be fully resolved with an expensive gadget from Mountain Equipment Co-op.  In this case, plugging my non-European straightening iron into a very-European socket shot the temperature of the appliance far beyond the degree indicated on the handle, thereby frying my bangs into a straw-like mass.  The only solution was to hack them off as short as possible and keep hacking until I could work my way back to ‘new’ growth.  So I basically looked like Jim Carrey in the movie Dumb and Dumber.

This unfortunate situation re-ignited the fantasy that I am someone who might be capable of growing out her bangs.  I know that it is possible.  I see women sans bangs all the time.  My yoga class is filled with gorgeous, bang-less women who effortlessly knot masses of equal-length hair into casually chic buns before diving into downward dog or stretching serenely into tree pose.  Obviously, if I just grow out my bangs, I too will be tall, elegant and well-balanced.

The problem is that growing out one’s bangs requires a level of patience and strength of character that I cannot seem to muster.  The first time I had to blow them out of my eyes, my blood began to boil.  Like the fabled lion with the thorn in his paw, I became a terrifying beast, ready to roar and rage at the slightest provocation.

The children didn’t want to go places with me in case a sudden wind dislodged one of my bobby pins.  I developed a hatred for things that normally don’t bother me much.  A real HATRED for the daily nuisances of life, like grocery store line ups (Where the %&*#@ are all the cashiers?!?), people who don’t accelerate quickly enough when the lights turn green (Why drive a car if you are going slower than the pedestrians?!?), and re-sealable packages that simply don’t reseal (How hard can it be to get this right?!?).

I found myself writing letters of complaint to a company that forced me to listen to the instrumental version of We are the Champions while on hold and to the city planner who selected Friday at 5:00pm as the ideal time to repaint the crosswalks on a major traffic artery.  I lost my shit while watching a television show where the product placement ads resulted in every character using a Mac computer while drinking a Coke.  And there are literally no words to describe my explosive reaction to the telemarketer who called at dinner time… NO WORDS!

Everything touched my last nerve… especially that increasingly bothersome flap of bangs that almost tucked behind my ears!

I became an angry middle-aged woman with ‘crazy eyes’ and a head full of straw-textured hair, held back with butterfly clips.  Eventually, I was forced to ask myself if it was worth it… Would my bang-less self be such an amazing creature that the metamorphosis would be worth all of this agony?  A few glasses of wine later (because it really is wine, not music, that soothes the savage beast), I found myself in the bathroom with a pair of kitchen scissors.  With just a couple of somewhat unsteady snips, I was back to where I started; a Jim Carrey impersonator with a goofy grin on my face.  It was nice to smile again (giving credit to both the bangs and the wine).

Next week, I will make an appointment with my hairdresser and see what she can do to “fix” my fix.  But in the meantime, I will revel in the sweet release of surrender and give myself credit for at least trying to grow out my bangs.  Maybe next time, I will make it more than two days… but who knows.

Kim Scaravelli is an entrepreneur, marketer, content consultant, and author of “Making Words Work”. The best way to keep in touch is to subscribe to Kim’s popular newsletter. Every second Wednesday, she shares practical writing tips, timely insights, and resources to make your work easier and your content better. To learn more about Kim, visit her website. View all posts by Kim Scaravelli