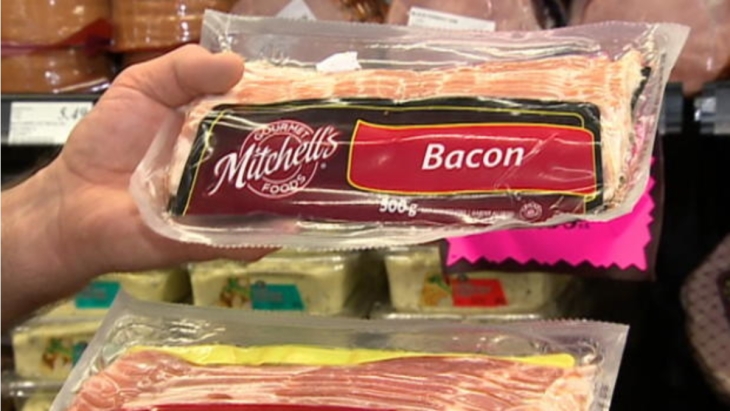 The list goes on and on. (Please note that none of these items have gotten cheaper).

On the flip side, the size of produce is growing exponentially.  Strawberries can be eaten bite by bite, like apples.  Blueberries are so large that you can’t put them in muffins because they melt into giant purple puddles that make everything mushy.  A cauliflower now weighs as much as a carton of milk, and I don’t have a grocery bag long enough to properly contain the celery.

What is happening?  Can we blame it on ISIS?  Is this part of a secret terrorist plot to freak out middle-aged women and thereby shake the foundation of western family life?

Is it global warming?  Personally, I like to  blame everything on global warming.  I am currently blaming global warming for my crow’s feet, the clutter in my attic, and the lack of good romantic comedies.

Or is it the government?  Letting big companies fidget about with the food and secretly plotting to suck more taxes out of the common folk.  Bastards!  Let’s launch an inquiry.  I love a good government inquiry.  Keeps the newspaper interesting.

Or is it just me?  Getting old and cranky and set in my ways.  No.  That can’t be it.  Fifty is the new forty, which is the new thirty, so I’m actually at least twenty years younger than my birth certificate says I am. (Please note that my math skills were acquired through the public education system, so there may be a degree of inaccuracy in my calculations).

But I digress… the issue at hand is the size of the food.  Some of my nibblies are shrinking.  And it’s the good ones… the ones I feel a little guilty about eating but eat anyway.  If I’m going to feel guilty, it would be nice if I could simultaneously feel full and satisfied.  Sigh… I guess I could just follow up my inadequately sized burger with a giant strawberry or two, but that just doesn’t feel right…