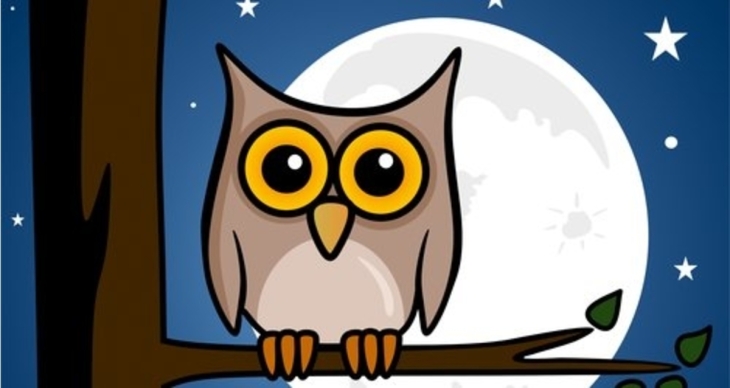 I have been suffering with insomnia off-and-on (mostly on) for weeks. Falling asleep is not a problem, but staying asleep is damn near impossible. I am thirsty… I am hot… I have to pee… There are too many or too few pillows under my head…

Awake is awake, regardless of the reason, and once my eyes are open they are loath to close again, even after I have drank water, turned on the fan, peed, and/or re-arranged the bedding.   I typically give myself about five minutes of tossing and turning and cursing the Sky Gods before giving up and letting my feet find the floor.

Life as a house hamster is not without its entertainment value. With no one competing for control of the television remote, I have finally chewed up all of the episodes of Coronation Street stored on my DVR. Thanks to Netflix, I have also burned through the British AND American versions of Skins, the British AND American versions of Shameless, a U.S family drama called The Fosters, a very quirky Netflix original series called The Unbreakable Kimmy Schmidt (two thumbs up for this one) and of course, a thousand episodes of Friends.

I have yet to actually fall asleep while watching television, which was the intended purpose of the activity, but I have acquired a slight British accent, so I now sound like Madonna during her London years. I have also learned all I need to know about the sex lives of teenagers, or at least the sex lives of teenagers as perceived by middle-aged male screenwriters. And I am 100% confident that I will not buy a pair of high-waisted jeans because if Courtney Cox in her prime couldn’t pull them off, what hope do I have?

Not wanting to rot my mind with too much TV (I am a very responsible insomniac), I have been inserting variety into my middle-of-the-night activities by switching over to a laptop screen. Note to other insomniacs: DO NOT google “insomnia”. Completely unhelpful and will eventually, like all google searches, lead you to conclude that you have cancer.

Alone with my MAC in the pre-morning darkness…

I have plotted out imaginary vacations to London, Paris, and Northern Italy, and re-organized my online photo collection. (I have deleted every shot where I look frumpy, drunk, or red-eyed, so I am now essentially non-existent in the visual history of my family.)

I have learned everything there is to learn about celebrity hook-ups, break-ups, and wardrobe malfunctions, leading me to ponder important matters of the universe, like: Why do so many movie stars sleep with their kid’s nannies? Why are so many female pop singers unable to find a bra that can keep their nipples under control? and Why didn’t Jennifer Aniston invite the full cast of Friends to her wedding? (Was it a “budget” thing? Was she worried about the cost of having more folks eating dinner at the reception?)

I have checked out the facebook pages of everyone on my ‘Friends’ list and discovered at least half a dozen people that I truly do not know. I have also become acutely aware of how many folks take an excessive number of photos of their dogs, and/or share posts from websites that have nothing on them except inspirational quotes you can post on facebook.

I am also accomplishing huge things in the area of household organization. All of the remotes in the coffee table drawer now have functional batteries, even the remotes that I suspect belong to televisions, gaming systems, and appliances that are long-gone. The toaster crumbs have been cleaned out of the knife drawer… and returned… and been cleaned out again. The yoga mats in the hall closet have been rolled into neat tubes and the umbrellas have been put on a high shelf (which I will undoubtedly forget that I have done and wind up buying new umbrellas).

Thanks to insomnia, I now have very tidy nooks and crannies, and know lots and lots of important stuff about completely trivial things, people I do not know, and places I have never been. Maybe my sleeplessness is a good thing… maybe it’s a great thing…. maybe I will never sleep again and become a world expert on popular culture… maybe… ZZZZZzzzzzzzzzzzzzzzzz.