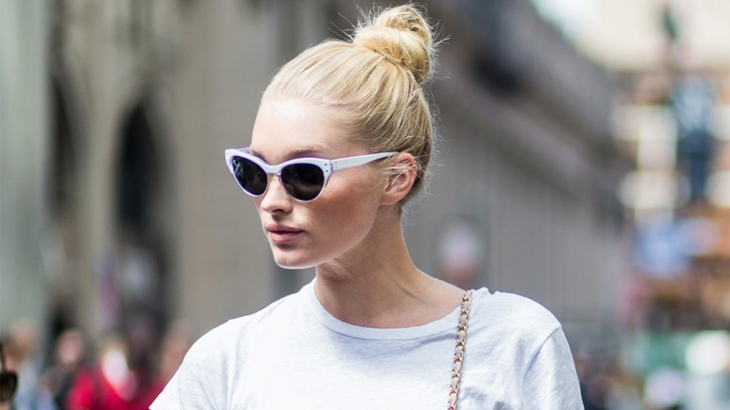 Middle-aged women are not easily intimidated.

Pushy salespeople have no impact on my purchasing decisions, road-raged tailgaters do not inspire me to speed up, and clients who give me that “I’m the boss” attitude don’t get faster email responses or better pricing.

Even that group of giant-sized teenaged boys with the baggy-ass jeans, tossing out F-bombs and pushing each other around in the concessions line up at the movie theatre don’t impress me. And if they keep swearing in front of my 11-year old, I am more than happy to scold them (and recommend they get some pants that fit).

So I am a little embarrassed to admit that there is still a group of people whose mere presence can knock me a little off my game. Yes… despite my efforts to pretend it isn’t so… there is no denying it…

I am intimidated by tall, thin women with ballerina buns.

There. I said it. And now that it is out in the open, perhaps I will be able to get the help I need to push past this phobia. Is there a support group for this?

The other day, as I was perched on a stool in a Starbucks, two of them took up residence at the table beside me. Their hair was pulled back so tightly that it stretched their perfectly plucked eyebrows upwards, making them both seem incredibly impressed (or perhaps astonished) by their conversation.

As I overheard it, they were talking about real estate prices. One had recently sold her loft. Ballerina-bun women don’t have regular apartments. They have “lofts”, or “beachfront properties”, or maybe condos but only top-floor ones with rooftop gardens. The other was asking for a bit of advice. Apparently she and her partner were in the market for a new place. They have “partners”. Boyfriends and husbands are passé.

Until they sat down beside me, I was feeling pretty good about myself. Just had a productive business meeting; was wearing my new ankle-length boots (with a heel that makes me appear adult-sized); and had managed to place a Starbucks order without getting tongue-tied (grande chai tea low fat latte). All things considered, I was having a confident moment.

But even my over-priced footwear could not protect me from the feelings of inadequacy that sprang up when the ballerina-bun women invaded my personal space. One of them was wearing a poncho… and it looked fabulous! Please note… I tried one on the other day and I looked remarkably like the pup tent I bought the kids years ago for backyard camping.

As I eavesdropped, I became aware that much of what they were saying fell somewhere between uninformed and utterly non-sensical. One was talking about moving to the country where she and her partner could keep chickens. Seriously?!? The other had drawn a connection between the high cost of her recent flight to London and the European immigrant crisis. Truthfully! You cannot make this shit up!!

So the ballerina-buns were not the brightest cappuccino sippers in Starbucks, which is saying something, given that the man on the other side of me had been talking to himself for twenty minutes. And while they were classy and elegant looking, they weren’t the hottest women in the place either. A group of 20-somethings in yoga-wear were definitely winning that award. So why did their mere presence make me feel less everything?

Their aura clearly says, “I get invited to the cool parties” and subtly whispers, “you don’t.” It’s a message only picked up by other women, and maybe dogs. (It is a very high-pitched message.) And just like buying Frye boots (which used up all of my summer job money in a single purchase) and super wide-legged jeans (which do not work on short girls) did not help me blend in with the high school mean girls, my $5 coffee concoction and the Mac laptop on my table are not making me part of this set.

I live in a regular-shaped house… with my husband and a horde of children who dominate my backyard space, leaving no room for urban chickens. My go-to coffee is a double-single from Tim Horton’s that costs less than $2, including a couple of Timbits. And anything tighter than a loose ponytail gives me a headache.

As the ballerina-bun women got up to leave, I was in awe of how gracefully they slid off the crazy-high Starbucks stools and how nonchalantly they left their empties on the table. Ballerina-bun women do not schlump over to the garbage and stress over what hole to put their paper cups into (garbage/recyclable/compost). That’s when I saw it…

A giant Winners price tag was flapping off the side of the poncho.

There is no way that her friend did not see it. Sitting straight across the table from her for the better part of an hour, it would have been within arm’s reach.   Did the Woman-Code not apply to ballerina-bun women?

The Woman-Code may be unwritten but we all know it. It says that you tell you friend immediately if she has a goober in her nose or gunk in her eye or a lipstick stain on her teeth. You tuck in tags and re-position bra straps and point out unzipped zippers. And you definitely pull off price tags!

I flashed back to a moment in high school. An uber-popular girl named Megan (at least one in four mean girls are named Megan) wandered around the halls with her posse for the better part of the day with a period-stain on the back of her white jeans. Not one of her supposed “best” friends spoke up. She was the blunt of cruel jokes for weeks afterwards.

I had felt bad for her… and more than a little guilty about not taking her to one side and breaking the news to her myself. But I was sixteen and sporting a nose zit that day. And they were the mean girls.

So here I sit, watching ballerina-bun woman stride confidently onto the sidewalk with her giant Winners price tag flapping in the breeze. Her ballerina-bun friend is gesturing dramatically about something but neither of her waving hands are pulling off that tag. I want to say something but it really isn’t my place.

I am intimidated by ballerina-bun women… Intimidated but not envious.