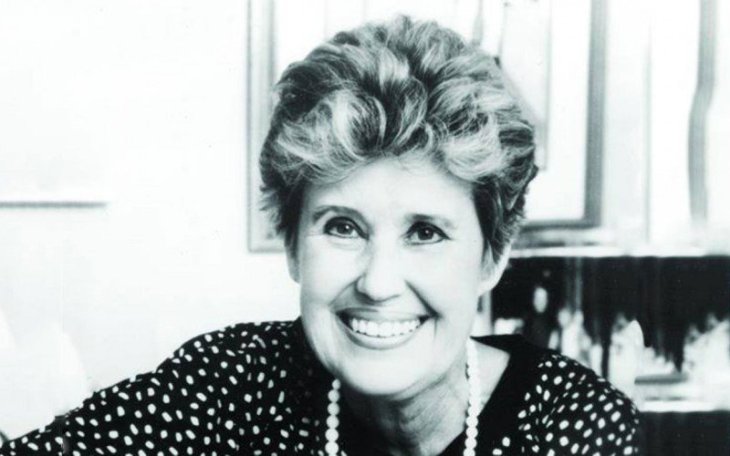 Erma Bombeck was the first funny female writer I was exposed to.  My mother would sit on the end of our sofa in the evening and laugh out loud while reading Erma Bombeck.  Then she would call her friends and they would laugh together.

I remember being blown away by how hard EVERY woman laughed.  Even my neighbor, Dora, who seldom smiled at anything.  And my Aunt Irene who seldom even spoke.  My Uncle Murray was a Minister and Irene’s life revolved around making crust-less sandwiches to serve after funerals and silently nodding in agreement with Murray’s words of Godly wisdom.

On book jackets and in articles about her, Erma was often described as “An American wife and mother”.  True.  But she was also the author of multiple best sellers, a  nationally syndicated columnist, a successful screenwriter, and a political activist who fought hard for women’s rights.  Most of all… she was a wicked funny woman!

So today, as I re-arrange my bookshelves and leaf through my Bombeck collection, I thought I would share a few gems:

When your mother asks, ‘Do you want a piece of advice?’ it is a mere formality. It doesn’t matter if you answer yes or no. You’re going to get it anyway. Click to tweet

I haven’t trusted polls since I read that 62% of women had affairs during their lunch hour. I’ve never met a woman in my life who would give up lunch for sex. Click to tweet

My second favorite household chore is ironing. My first being hitting my head on the top bunk bed until I faint. Click to tweet

No one ever died from sleeping in an unmade bed. I have known mothers who remake the bed after their children do it because there is wrinkle in the spread or the blanket is on crooked. This is sick. Click to tweet

There’s something wrong with a mother who washes out a measuring cup with soap and water after she’s only measured water in it. Click to tweet

I will buy any creme, cosmetic, or elixir from a woman with a European accent. Click to tweet

Once you get a spice in your home, you have it forever. Women never throw out spices. The Egyptians were buried with their spices. I know which one I’m taking with me when I go. Click to tweet

In two decades I’ve lost a total of 789 pounds. I should be hanging from a charm bracelet. Click to tweet

All of us have moments in our lives that test our courage. Taking children into a house with a white carpet is one of them. Click to tweet

My kids always perceived the bathroom as a place where you wait it out until all the groceries are unloaded from the car. Click to tweet

If a man watches three football games in a row, he should be declared legally dead. Click to tweet

I have a copy of every Erma Bombeck book.  They are old and dog-eared and remind me of my mother, and all the other women who surrounded me as a child.  They make me remember how they laughed.

Hats off to all the funny women of the world.

When I stand before God at the end of my life, I would hope that I would not have a single bit of talent left, and could say, ‘I used everything you gave me.’ Erma Bombeck   Click to tweet